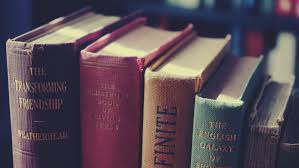 Some books defy categorization – they aren’t just a romance, a mystery, a western. Sometimes they are popular fiction or literary fiction, sometimes they are a mix of genres, and sometimes…at least in my opinion…they just try too hard to be “literary”.

I’m not saying I don’t like a weird, wacky, non-genre novel…but they do make for a different kind of reading experience. I’ve had some hits and misses with “weird” novels lately…

The Girl Who Slept with God by Val Brelinski is going to be a different kind of read, just from the title. In 1970s Idaho, Jory and her older sister Grace are exiled to a house in the country for a few months, much to Jory’s dismay. The reason? Grace returned from a church mission trip in Mexico pregnant and proclaiming to be carrying God’s child. This evocative and well-written novel poignantly captures the feeling of young love, family breaks, teenage angst, and ended in a way I didn’t expect. Not exactly “enjoyable”, but a worthy read.

The Brief Wondrous Life of Oscar Wao by Junot Diaz is the 2008 winner of the Pulitzer Prize. It’s been lauded and applauded since it’s release…and I finally got around to reading it. And I HATED it. I know, I know…but sometimes, it’s just the wrong book for you, and this was the wrong book for me. It felt disjointed, hard to follow with all the Spanglish/Spanish, lengthy footnotes on Dominican history, choppy, and I just…didn’t care about any of the characters. I know. I *should* like the award winners. Castigate me at will….

In the Language of Miracles by Rajia Hassib was a quiet read – not fast paced, and not filled with action, but fraught with emotion and drama. Taking place over five days before a memorial service for a tragedy that happened a year ago, this centers on a successful Egyptian family living in New Jersey…who are in some was connected to the death of their neighbor’s daughter. Fraught with drama, Egyptian culture, the myth of “The American Dream”, and a teenager’s coping with family trials, this novel packs a lot into its pages.

I also recently read Dryland by Sara Jaffe is a choppily written young adult novel taking place in 1992 Oregon about a young girl discovering her sexuality and what happened to her successful athlete brother. Honestly? I was completely bored and put off by the writing style. Another read was 37 Things I Love by Kekla Magoon, which is another young adult novel about coming out, family trials, and teenage drama. Again…kinda bored with the writing, the characters, and the plodding plot.