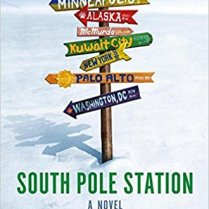 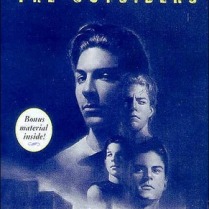 Time for another lightning round of book reviews, friends! Let’s do this – even though I’m apparently super critical today! 😛

Stay With Me by Ayobami Adebayo is a slim novel set in 1990s Nigeria… Yejide and Akin are happily married, but (unhappily) childless. When Akin’s family intervenes, Akin comes home… with a second wife with the intention of fathering a child for their family. This novel jumps back and forth in time, with several twists and turns I didn’t see coming. A very absorbing, quick read!

The Visitors by Catherine Burns is definitely a slow-burning, gothic novel that has been billed as a cross between Room and Grey Gardens. Marion (fifties, never married, frumpy) has lived her whole life with her brother John in a derelict house left to them by their parents… and she’s never been in the basement, despite her suspicions of her brother’s secrets down there. Creepy and weird – but a fast, fast read!

Hanna Who Fell From the Sky by Christopher Meades is the story of Hanna, who has never left her community of Clearhaven, where polygamy is the norm and many eligible young men are sent away. Days before her wedding to a much older man, Hanna discovers a power of her own – and has to decide what to do with it. I liked it and I read quickly, but I didn’t *love* it as much as I could have…

Bonfire by Krysten Ritter I was SO excited about… only to honestly be disappointed. 😦 I really struggled to read this novel about a lawyer who goes home to her small Indiana town to investigate some environmental concerns a la Erin Brockovich. By the end, I was skimming… I just didn’t empathize, root for or care about any of the characters. Bummer. (Released on November 7th)

Lincoln in the Bardo by George Saunders was an audiobook listen for me. Look, I’m just going to say it: it was deeply, deeply, DEEPLY weird and boring and I didn’t like it. Shoot me.

South Pole Station by Ashley Shelby sounded like SUCH my wheelhouse… band of misfits in a foreign place (Antarctica) where hilarity and weirdness would ensue… but, the plot got so bogged down in minutiae and excess characters and just… tedium, that I couldn’t finish it. Double bummer!

Artemis by Andy Weir was just… fun! Following up his epic tale of The Martian, Weir ably worldbuilds a community on the Moon, complete with tourists, workers, permanent residents and just enough weirdos to keep it interesting. Enter Jazz – a porter who doubles as a smuggler. When she’s given a task that will earn her oodles of money, she can’t refuse despite the risks. Cut some MacGyvering, some science, a lot of talk from a woman who’s supposed to be in her twenties but talks like a horny seventeen year old boy, one-liners and excitement, and you’ve got Artemis. Just a fun, rollicking read with great world-building! (Released on November 14th)