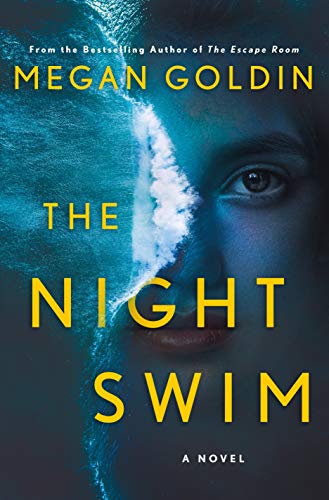 What have you been reading lately, friends? Here’s my latest!

“A Star is Bored” by Byron Lane has a great hook – the main character becomes the personal assistant to a *very* eccentric Hollywood actress, and of course, weirdness and hilarity ensue. Knowing Lane himself was PA to Carrie Fisher, it’s hard not to picture her as the main character. Fun enough at the start, but by about midway, I was… well, bored. Ended up skimming to the end – ultimately kinda disappointing.

“The Night Swim” by Megan Goldin beautifully knits together two crimes, 25 years apart, in a small North Carolina town. Rachel is the host of a wildly popular crime podcast, in town to cover a rape trial when she begins receiving anonymous notes from a woman asking for help in solving the cold case of her sister’s murder from 25 years before. Both storylines were so compelling, and I was totally invested in both all the way to the satisfying conclusion. I really enjoyed this suspenseful, easy-to-get-into, page turning novel!

“Pottering” by Anna McGovern is just a balm to my soul. 🙂 Many a weekend my English parents would declare they were just “pottering” around, and as I get older, I fully understand and embrace it! This little book is all about getting things done gently, quietly, and not too speedily. Lovely. 🙂

“Star Crossed” by Kimberly C. Moore is the non-fiction account of astronaut Lisa Nowak, made (in)famous by driving from Houston to Orlando (wearing diapers) to confront her ex-boyfriend’s new lover. The whole book is written using only secondary sources, and the portions dealing with Nowak’s initial interview with the police were really hard to follow and read, but the story is just compelling and as an admitted “space dork”, all the parts about the shuttle mission (going up just months after Columbia was destroyed) were very interesting.

“The Switch” by Beth O’Leary was just charming. Grandmother and granddaughter Eileen and Leena are both dealing with being stuck in their own lanes, and decide to switch places for two months – Londoner Leena goes to the Yorkshire countryside, and Eileen heads into the big city. There they make new friends (and lovers), take on new projects, and come to terms with a family loss. I just loved sinking into this lovely, easy novel set in the British countryside. Loved!

“Being Lolita” by Alisson Wood is her memoir of being a high school student groomed, seduced, and damaged by her charismatic English teacher, Mr. North. As with so many of these stories, it centers around a reading of “Lolita” and of the impossible power balance between student and teacher. There seems to have been a lot of both fiction and non-fiction written about this trope in recent times (“My Dark Vanessa”, “Rust and Stardust”, “The Real Lolita”, etc), but this memoir definitely takes the reader right into the heart of the encounter and the mind of the survivor.

I also read “Diary of a Tokyo Teen” by Christine Mari Inzer, a young adult graphic novel about the summer she spent in Japan when she was 16, and is very much a teenage perspective of Japan, the food, the dress and the culture. I just simply couldn’t get into “If I Had Your Face” by Frances Cha, and “Radio Shangri-La” by Lisa Napoli just didn’t hold me. “Stray” by Stephanie Danler has gotten rave reviews, but I found her memoir just kind of insufferable. “The Black Flamingo” by Dean Atta was a good YA novel written in verse dealing with gay and POC themes, and “Relish” by Lucy Knisley was another non-fiction graphic novel from her life.