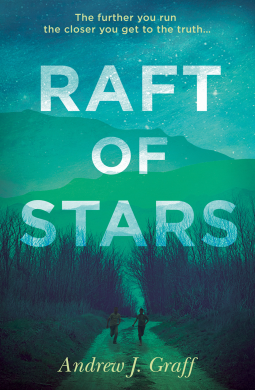 Marching Into Some New Books!

Super Host by Kate Russo follows Bennett Driscoll, a celebrated painter who now lives in a garden shed while renting his home on “AirBed”, trying to figure out his next act (his paintings don’t sell as much, he’s divorced, he’s 55…). This novel is told from Bennett’s point of view but with the help of three guests: lonely Alicia, artist Emma, and divorcee Kirstie, who all have their own struggles and stories. I loved the London setting, the injection of art into so many scenes, and the dialogue between Bennett and “the women” as well as the woman he begins a relationship with. Not what I expected from the blurb, but I enjoyed it!

The Lost Art of Doing Nothing by Maartje Willems seems so apropos for these times! This slim nonfiction work is about the Dutch lifestyle secret of “niksen”, which is literally doing NOTHING. The formatting of this book on my Kindle review copy made this a really hard, muddled read, but I liked the spirit of it, though I was hoping for more of a hygge vibe than a niksen vibe, I guess…

The Sanatorium by Sarah Pearse has been given lots of advance praise and was even a Reese’s Book Club pick, but man this draaaaaaged for me and took me nearly a week to finally slog through – NOT a good sign. While I loved the setting of a luxury hotel in the Alps in an old sanatorium, by the time the first of several weird murders happened, I disliked everyone in the book and find the plot draggy and boring, and the resolution left me unsatisfied. I should have passed on this one.

The Little Book of Cottagecore by Emily Kent I was hoping would scratch my cottagecore itch that I’ve been scrolling through on Instagram (so calm, so quiet, so lovely!), but this was a true “how to” manual. Less Little Book of Hygge and more “here’s a step by step guide to making your own beeswax candles”. It was… a lot. Instructive if that’s what you’re after, but it wasn’t what I was after….

The Chocolate Chip Cookie Murder by Joanna Fluke doesn’t fit the rest of these… was published 20 years ago and is a cozy mystery, something I’m not sure I’ve ever read, which is why I grabbed this one. One of the podcasts I’ve been listening to has been extolling the virtues of the cozy mystery, so off I went to Minnesota and cookie baker Hannah as she tries to solve a mystery that happened behind her cookie shop. Why, exactly, the cops let her meddle this much and do all the legwork, I’ve no idea. 😉 But, this was gentle and fast and filled with recipes, so it was a nice palate cleanser after some heavy duds lately!

Raft of Stars by Andrew J. Graff is being tapped as a Where the Crawdads Sing read alike, and I can see it… sorta. Young protagonist(s), shouldering more responsibility than they should, survival in the wilderness, and nature, nature, nature. In the summer of 1994, ten-year-old Fish and his best friend Bread go on the run into the woods after an altercation with Bread’s horrid father. They make a raft, but have no idea what lies ahead of them on the river – nor about the four adults who are on their trail to try and save them (a mother, a grandfather, a sheriff and a gas station attendant!). I really liked the variety of characters in this novel, and the scenes on the river in Wisconsin were vivid and at times, made me hold my breath, plus who doesn’t love a kids-find-a-way story set in the Midwest? This is a tough one to categorize, but definitely worthy of the advanced praise it’s been receiving!

Every Vow You Break by Peter Swanson is the latest in his stand alone suspense novels, and again, is not as strong (to me) as his earlier titles. Abigail has fallen in love with a kind, stable millionaire and they are about to get married – so what if she has a one-night-fling right before the wedding? But, when her would-be paramour tracks her down on her honeymoon (on a secluded, super luxe island off Maine), things take a turn for the weird. I like the first part of this novel, but the second half felt like a retelling of a story I’ve heard before a few times. No spoilers, but this felt super phoned in, plot-wise, and the ending was nothing short of predictable. Still, a snappy read that was easy to plough through!