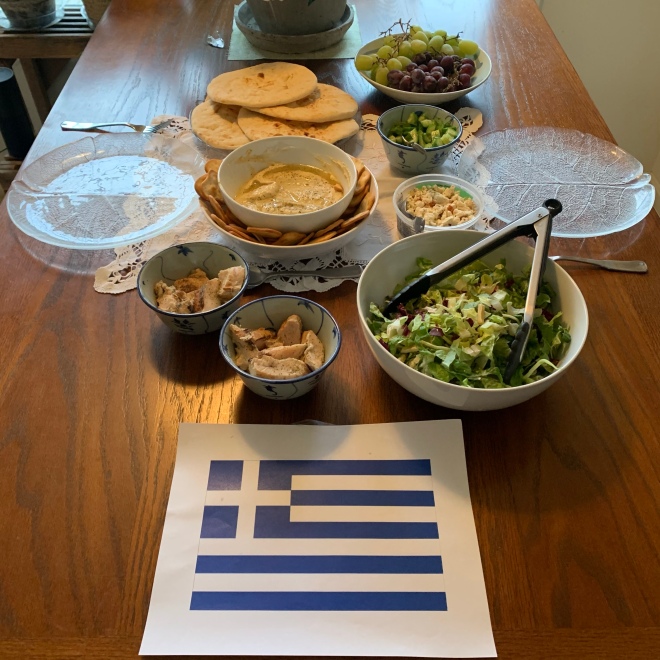 Wes and I have been trying – oh, trying – to cook at home more, but the same old, same old can get a bit boring, so I came up with secret international theme nights to introduce into the rotation.

And I might have forgotten to tell him my plan. 😉

We’re working on a new travelogue program series for the library, so I’ve been super inspired by all things travel and international, and I’ll be presenting on Greece in a month, so of course, I decided “Greek Night At Home” would be an easy win!

I threw on a Greek playlist on Amazon Music, I hung the “flag” on the outside door so Wes would know he was entering a new country, and here’s my tasty dinner spread!

It was so fun to secretly put together and surprise him, and the food was tasty too!

I finally had a chance to try a hummus hack I found on Dinner: A Love Story… blending in some full fat Greek yogurt and finishing with good olive oil and Cavender’s Greek seasoning. Such a good upgrade!

I’ve already got a few other international night menus marinating, so stay tuned!