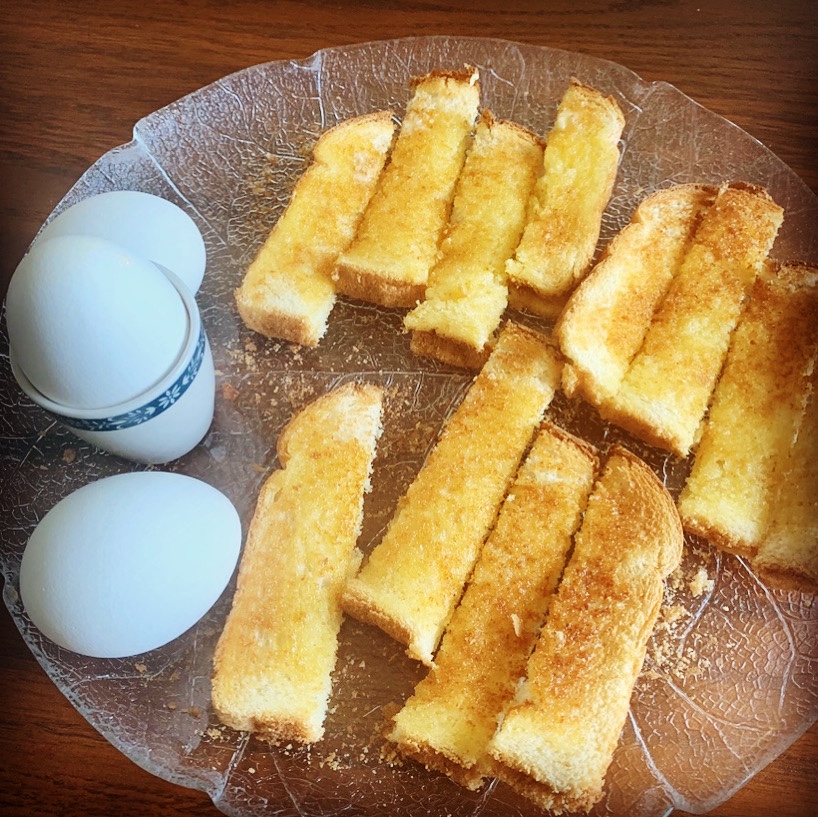 For the first few (many?) days of staying at home this spring, I got super weird about food.

Everything sounded so dire… like we were going to be cut off… that everything was going to be so scarce, so that for a while, I wasn’t really eating, I think out of fear of “running out”. Eventually, I realized that staples were certainly accessible, and I shouldn’t be SCARED to eat. But what to eat?

As the days unfolded, one constant emerged for me: eggs and soldiers.

Perfectly soft boiled eggs and buttered toast “soldiers” are more than just sustenance, they are my ultimate comfort, not to mention, just damn delicious.

Weekend mornings growing up, Mum made eggs and soldiers. Any weekend I came home from college or grad school, my breakfast request was eggs and soldiers. After Mum died and Dad was on his own, this was one of his foolproof meals, and always a treat when he made it for me.

Now that they are both gone, this is a way to link back to those simpler times and sit with them both for a while. I made sure to eat breakfast without the blare of webinars or Zoom calls in the background, but instead in peace: the plink of the egg settling into Mum’s Royal Daulton egg cup… the scrape of the butter (always European, always room temperature) across the toast… the crack of the egg shell with the same spoon I’ve used since I was old enough to hold one… sprinkling kosher salt just so onto the runny yolk…

I miss them so, but I cherish the traditions they left behind.