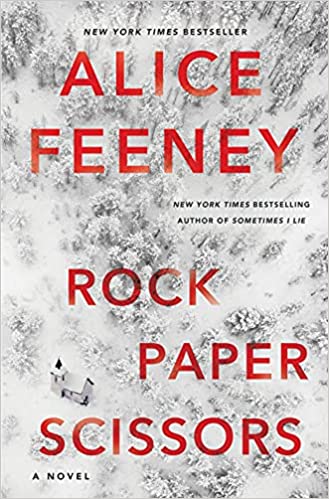 I feel like October has just flown by in a haze of vacation, changing temperatures, work stress and sooooo many books being published that I can’t keep up! Nonetheless, here’s the (massive!) pile of things I’ve plowed through lately. What have you been reading?!

The Turnout by Megan Abbott is NOT for everyone. On the surface, this is a novel about two sisters running a ballet studio. Beneath, though, this story features power dynamics, sexual dynamics, the sexuality of dance, criminality, murder, lies and deceit. The writing is very… visceral and descriptive, and it’s certainly not a pretty tale. This is DARK. Trigger warnings for sexual abuse, psychological abuse, physical abuse, you name it.

I Hope This Finds You Well by Kate Baer is her collection of “blackout poetry”, made famous on her Instagram. She posts the full content first, then her blackout take on it. Short but thought provoking.

Where the Truth Lies by Anna Bailey was an audiobook listen for me, and somehow, just didn’t ‘hang’ together the way a taught suspense novel typically does. Full of ugly characters in a small Colorado town, the impetus towards everyone’s ugly behavior towards one another is the disappearance of 17-year-old Abi, throwing into a tailspin her best friend, her family, those who only tangentially knew her, and the secrets and stories kept in this town. This one weaves in a lot – spousal abuse, homosexuality in a small town, drugs, violence, religious fervor, the kitchen sink, you name it. Not a bad story to pass the time, but I won’t remember it in a few weeks…

The Stranger in the Mirror by Liv Constantine was a great psychological suspense novel on audiobook. Addison is about to be married to a great, great guy… the trouble is, Addison can’t remember further back than two years when she was found on the side of the highway, bleeding and unable to remember anything. What if there is someone out there looking for her? This had great tension, snappy chapters, glamorous characters, a good play with the timeline, and twists I didn’t see coming! I dug listening to this thriller!

Anatomy of Desire by LR Dorn was an audiobook listen, and I HIGHLY recommend reading it that way, featuring a full cast to really draw the reader into the story! This is a modern send-up of Theodore Dreiser’s ‘An American Tragedy’ and it totally worked. Cleo Ray – Instagram influencer – and a woman named Beck go on a canoe outing one day, but only Cleo returns alive. What happened on the lake, and why? This cleverly weaves in our influencer-obsessed culture, relationship secrets, courtroom drama, the need to keep up appearances, and of course, desire. The book is formatted like a true crime podcast, so if you dig those (I do!), you’ll totally dig this audiobook too!

Rock Paper Scissors by Alice Feeney was an audiobook listen for me, and it KNOCKED MY SOCKS OFF (not least because Richard Armitage read the male part!). Rock Paper Scissors has married-ten-years couple Adam and Amelia traveling to a deserted corner of Scotland to try and reconnect and see if their marriage is salvageable but its clear early on their visit isn’t going to be romantic and cozy, but instead spooky and downright eerie… and that they aren’t alone. I LOVED this book – so many good twists and turns, use of timelines and character voices, awesome atmosphere… I could NOT stop listening to this suspense novel! A TOTAL WINNER!

Out of Love by Hazel Hayes plays with a timeline, and I’m always here for that. In this, a romance is told in reverse. When we meet our unnamed narrator, her ex Theo is moving out of their home… but as we progress through the chapters, we see what led them their, how their relationship changed, and go all the way back to their first meeting. Clever and poignant, but honestly, my favorite part was the narrator and her best friend Maya’s relationship. Everyone needs a Maya, and her parts of each chapter are what I looked forward to the most.

The Ugly Cry by Danielle Henderson was a memoir I picked up after listening to her episode on Forever35. Henderson weaves together growing up in the 80s with an unconventional (and then some) grandmother stepping in when her own mother chooses a boyfriend over her children, and all the traumas and tragedies Henderson endured as she grew up. This memoir is both hysterically funny and absolutely tragic, but miserable childhood or not, Henderson writes about it beautifully.

Five Tuesdays in Winter by Lily King is an essay collection of stories of varying length covering everything from love, heartache, loss of innocence, adolescence and coping with the hands we’re dealt. Each is beautifully written, though some resonated with me more than others.

The Party Crasher by Sophie Kinsella was just… fun (as all her books are!). Two years ago, Effie’s parents (and that of her sister and brother) got divorced. Now, Dad has moved on to a new girlfriend and is selling their beloved family home… and Effie is NOT having it. When she’s uninvited to the “house cooling” party, she naturally decides to use her knowledge of their rambling home to… well, sneak in. Warm and witty, this is a heartfelt, entertaining, feel good kinda read – just what we needed!

Apples Never Fall by Liane Moriarty is the latest from this blockbuster author, and once again, she dives into family dynamics, with a touch of suspense. Recent retirees Joy and Stan have four children, all of them tennis-obsessed, but when Joy goes missing – shortly after taking in a new member of their household – there’s the suspense of what happened to her woven into just a great, character-driven novel that unpacks marriage, parental expectations, secrets, a LOT of tennis talk, and touches of humor here and there. In the end… are we ever really SEEN by our family? I enjoyed this one!

Fuzz by Mary Roach is her latest nonfiction “deep dive”, this time into the stories of plants and animals that are dangerous to humans, including bears, macaques, trees and poisonous plants. I appreciate – as always – her deep investigations and science in each chapter, but was missing more of her trademark humor. Plus, there are many scenes of animals being, ahem, dispatched, so trigger warning if you don’t dig that. Not my favorite Roach, but fascinating nonetheless!

A Woman is No Man by Etaf Rum was a book discussion title, and again with a sad, depressing title in my lineup.😕 This is the story of several generations of Palestinian women living in Brooklyn, adapting to life as the wives of arranged marriages and the men they married. This novel felt so very suffocating and sad as you realize how little agency these women have in their culture, marriage and decisions about their life, and spans from the grandmother all the way down to the eighteen year old destined for her own arranged marriage soon. A very worthy read, but gosh, a sad one.

The First Day of Spring by Nancy Tucker was a weird ride, man (and I listened to it, which made it more visceral, somehow). Eight-year-old Chrissie is mean, conniving, bossy and more importantly, she killed a little boy today without remorse. Thus begins the tale of Chrissie at 8, and Chrissie 20 years later, trying to put a life together while guarding against the past. As the book progresses, you learn what makes Chrissie the child act and believe what she does, but that makes it no less sad, disturbing or dark and depressing to listen to. Very, very well done, but I wouldn’t say I “enjoyed” it.

Last Girl Ghosted by Lisa Unger was a vacation read, and it was a good one to hop into during down time. Wren and Adam both swipe right, and their whirlwind romance is what every woman wants. Kind, caring, loving, sexy Adam sweeps her off her feet… until he disappears and ghosts her. But when Wren discovers there is more – MUCH more – to Adam than means the eye, this suspense novel really flies, mixing murder, secrets, obsession, the authorities, and a potentially deadly game of cat and mouse. I couldn’t put this one down!

Where the Grass is Green and the Girls are Pretty by Lauren Weisberger has totally hit on the “ripped from the headlines” ride of the college admissions scandal. Sisters Sky and Peyton couldn’t be more different, but when one of them is connected to a college admission scandal, both of their lives feel the tidal wave that follows. I loved the relationship of the sisters in this novel, but also really loved the “peek behind the curtain” view of television journalism, parenting a teenager, and the complexities of relationships and appearances. I enjoyed this audiobook!