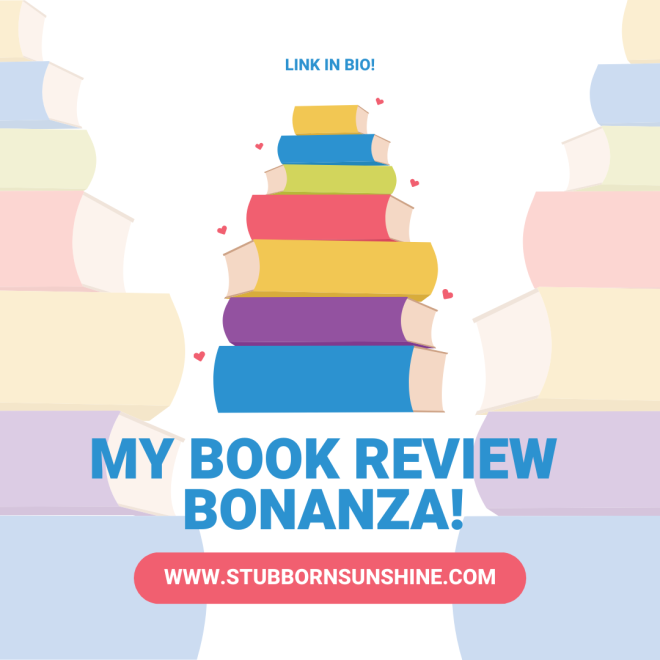 ALLLLLL the Rest of the 2021 Reads

I know, I know… this blog is dusty and forgotten, but I’m trying to turn over a new leaf here in 2022, including getting caught up on allllll these book reviews I’ve had knocking around for the last couple of months! Let’s round out the rest of my 2021 reads, so buckle up, it’s a big list!

We Were Never Here by Andrea Bartz was an audiobook for me, and I couldn’t stop listening! Combining female friendships, exotic locations, new romance… and covering up for murder, this one was fast paced and compelling. A good listen!

Hour of the Witch by Chris Bohjalian was a book club pick, and it seemed to take me FOREVER to read this novel set in mid-1600 Boston about a woman who tries to divorce her husband for abuse but instead finds herself in the center of a witch trial. Wrong book, wrong time for me….

Nanny Dearest by Flora Collins was… fine but I totally don’t remember a thing about it, which is never a solid sign.

Nearly Normal Family by MT Edvardsson was a fantastic audiobook listen narrated by the lovely Richard Armitage. Teenager Stella is accused of murder, and her responsible, upstanding parents do everything they can to clear her – including lie. I loved the three voices who narrate this story from different points of view and how this Swedish mystery unfolds. Recommended!

Somebody’s Daughter by Ashley Ford is her memoir of growing up with her father in prison for rape, and her relationships with her family and with men in her life. I really tried to like this and get into it, but it just wasn’t the right book at the right time for me.

Did I Say You Could Go by Melanie Gideon was an audiobook listen for me, a tale of wealthy Ruth latching onto friendship with Gemma (through their school age daughters)… only for Ruth’s friendship to turn more and more toxic. This was a good suspense novel of how far women will go when one becomes obsessed with another.

Heard It in a Love Song by Tracey Garvis Graves was just a nice romance novel between two thirty-somethings unsure about jumping back into the dating world. Sweet enough.

The Judge’s List by John Grisham is the first Grisham I have read in a while, and I was pleasantly surprised how much I enjoyed this audiobook! Lacy Stoltz of the Florida Board on Judicial Conduct is approached by a mysterious woman who claims to have information about a judge she is convinced is also a murderer, kicking off Lacy’s investigation into her claims. This isn’t a whodunit, but more of a cat and mouse game, which was a nice change of pace. Entertaining!

Reckless Girls by Rachel Hawkins is just… a fun suspense novel. Think Below Deck and Upstairs, Downstairs on a remote island in the South Pacific. Lux and Nico are chartered to take two spoiled girls to a deserted island, only to find another couple (and their enormous yacht) are already there. The six fall into a friendship and lazy days amble by… until a stranger, a secret, and a death shake things up. Implausible but fun as heck, I loved this “locked island” novel!

The Neighbor’s Secret by L. Alison Heller was unmemorable about a cul de sac of book club wives, a murder, blah blah.

The Heart Principle by Helen Hoang was a sexy audiobook listen featuring violinist Anna (who has sequestered herself away from the world after a viral YouTube video) and tattooed, tough guy Quan, who try (and fail) to have a one night stand. Sexy and sweet and just as fun as the other Kiss Quotient books!

The Night She Disappeared by Lisa Jewell was a fine enough murder mystery, but ultimately not a very memorable story.

The Ballerinas by Rachel Kapelke-Dale combines a Parisian ballet company, old female friendships, broken marriages and a secret from the past. It was… fine, but didn’t knock my socks off the way early reviews indicated it would.

The Family by Naomi Krupitsky takes place during the heyday of the Italian mafia in Brooklyn, where two families are tied together – and torn apart – by decisions made by their fathers. At the heart is the push-and-pull friendship of Sofia and Antonia. I listened to this on audiobook, and enjoyed the Godfather vibes and female friendships portrayed throughout.

Never Saw Me Coming by Vera Kurian was just a blast from start to finish! I listened to this story of Chloe, a freshman at a DC university… who happens to be a confirmed psychopath, but has been selected as part of a very secret clinical study on psychopaths. As you can imagine, things go awry with a bunch of psychopaths running around a college campus.😉 This was fascinating and suspenseful and funny at times and super compelling. I couldn’t stop listening!

Not a Happy Family by Shari Lapena was a fine enough audiobook listen… wealthy couple Fred and Sheila are found murdered the night after Easter with their three adult kids, and everyone has a motive. Compelling enough while reading it, but not memorable.

The People We Keep by Allison Larkin was SO good, and I enjoyed it on audiobook. in 1994, April Sawicki is living a dead-end life with her dead-end father in a dead-end motorhome, when circumstances push her to take off with only her guitar and her wits. This novel chronicles those who form a family and a life around her as she moves forward, and is so warm and tender and loving – I just loved it.

Sea State by Tabitha Lasley got a bunch of pre-press buzz for her memoir about oil rig workers, but man, I was bored and didn’t care and skimmed most of it. Eh.

Once There Were Wolves by Charlotte McConaghy was an audiobook listen, and I honestly liked it much better than Migrations (below). In this novel, wolves are being reintroduced into the Scottish countryside against the strong objection of those who live there… and when a murder is discovered, everyone is quick to point the finger of blame. I loved the weaving of nature, murder, romance and Scottish scenery in this compelling novel.

Migrations by Charlotte McConaghy was a book club pick, and a lovely, but unsettling one for me, as, in the near future, animals are nearly extinct and Franny talks her way onto a fishing boat to follow one of the last Arctic terns in the world to Antarctica. This one generated a lot of discussion for us!

Friends Like These by Kimberley McCreight is about a group of six friends with a secret who are on vacation together in the Catskills. Take a bunch of unlikeable people, put them together, and give them a “secret”. This was “eh” at best.

The Road Trip by Beth O’Leary was just a damn delight from start to finish.🙂 I listened to this audiobook about a road trip to a wedding filled with quirky connected characters, a lot of humor and flirting, and just… fun. This was just such a fun, funny romance novel and I was here for it!

Wish You Were Here by Jodi Picoult is – at least for me – a return to form, as I’ve not enjoyed her last few novels as much as her older work, but this one was great. Just as Diana and Finn were about to embark on a romantic trip to the Galapagos, Finn is called back to work… since he’s a doctor and this is March 2020. Diana decides to go anyway, and finds herself a world away as the pandemic slams things shut one after another. Connections and secrets, pandemics and love all weave together in this solid, compelling novel.

The Maid by Nita Prose was just darn fun.🙂 Molly is a (clearly on the spectrum) maid in a fancy hotel who bungles into a murder on the job. Her unusual demeanor makes her a target of the police investigation, and she’ll have to rely on unlikely friends and her own wits to clear her name. This was just a light and lovely and funny and cozy suspense novel.

No One Will Miss Her by Kat Rosenfeld was a audio listen for me, and I could NOT stop listening to this suspense novel as a small town Maine police force tries to solve the murder of town pariah Lizzie. Tied to this somehow is a wealthy New York housewife, a missing husband, and a local junkyard. I LOVED the twists and turns of this one and didn’t see it coming (very Gone Girl!). Recommended!

Do I Know You by Sarah Stroymeyer was a solid suspense novel featuring a “super recognizer” constantly searching for the murderer of her sister, a celebrity wedding, and lots of lies and layers. Solid.

Meet Me in London by Georgia Toffolo was… cute enough. A meet cute, a Christmas setting in London, and a fake dating trope make for a predictable but cute story!

Bath Haus by PJ Vernon is a suspense novel wrapped in shame – one half of gay couple Oliver and Nathan visits a gay bathhouse in DC and is assaulted… but doesn’t want anyone to know. Lies and evasion dog this suspense novel that keeps escalating… I enjoyed it!

Beautiful Country by Qian Julie Wang was a fantastic audio listen (as the author narrates it herself), and is her memoir of her immigration to the US with her Chinese parents when she was seven years old, and how devastatingly difficult it was for them to settle into life here – since they were undocumented. Moving and fierce and emotional and amazing – I really loved this immigrant experience memoir.

Fierce Little Thing by Miranda Beverley-Whittemore just didn’t do it for me, and I ended up skimming more than half of it to get it over with.

Instructions for Dancing by Nicola Yoon is her latest YA novel, and as with her previous novels, is aching romantic and lovely and features the magnet push and pull of a couple. An unexpected ending, but I loved it.

No Land to Light On by Yara Zgheib was a compelling, emotional, readable (and shorter!) novel about Hadi and Sama, who met and married in American, but are both originally Syrian citizens. When Hadi finds himself unable to get home to pregnant Sama, the story pulls the reader along on their immigrant experience, the lack of compassion Americans have for those from the Middle East, and the love story of Hadi and Sama. Short, but impactful.