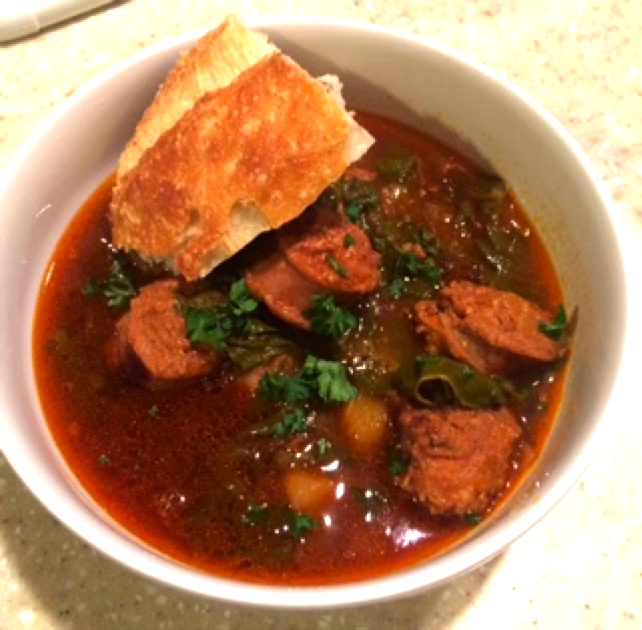 On this particular day, it is 24 degrees outside and I wanted something that would be warm and hearty.   I searched through my recipes and found this one. With a few tweaks I made it mine and it was delicious.

If you think about it, soup really is a one pot wonder. I don’t need to make sides or a salad: everything I need is in that one pot.

So this will be one of my many soup recipes. I hope there are some other soup fans out there, or a twelve step program for soup addiction! Either way, enjoy!

Cook, stirring occasionally, for 3 more minutes. Add the chicken broth, bay leaves, and paprika. Bring to a simmer, then reduce the heat to medium and cook 12 minutes. Add the chard; cover and cook, stirring occasionally, until potatoes are tender and the chard is wilted. To serve, season with salt and pepper to taste, parsley and drizzle of olive oil. Serve with crusty bread.