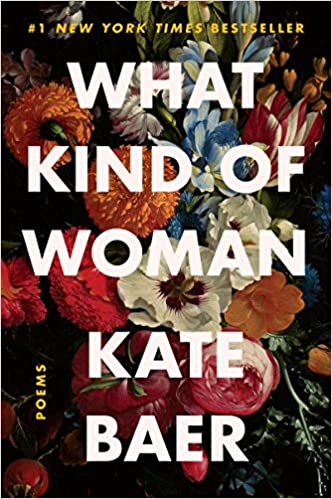 Being able to binge books over the holidays is one of my favorite things, and I was able to crank through a few titles this holiday season, so let’s see what I thought!

The Star Crossed Lovers of Tuscany by Lori Nelson Spiegelman takes place, as you would expect, largely in Italy, and it was exactly the escape I needed (since we were supposed to travel to Italy in November, but…). This romance novel features Emilia, the second-born daughter of the Fontana clan, wherein all the second daughters are cursed to never find love – but her great Aunt Poppy is convinced a trip to Italy could change that for good. This was a warm family drama/romance that was easy to sink into.

Pretty Little Wife by Darby Kane was a rompy domestic suspense novel that was easy to run though. Lila is the perfect wife to Aaron, beloved high school teacher, who turns out to be not-so-nice behind closed doors. When Aaron goes missing, everyone is looking for him, and wondering if the cases of three missing girls are somehow connected. But Lila isn’t convinced, since she was the last one to see his body… dark and twisty and suspense-y!

What Kind of Woman by Kate Baer is not something I’d normally pick up, since I *whispers* really don’t like poetry, but Baer’s writing is so accessible and female-forward and easy to fall in and out of. Divided into three parts (woman, wife and mother), there is something for every woman in this collection. And that cover… *swoon*

The Wife Upstairs by Rachel Hawkins is a modern send-up of “Jane Eyre” (which I loooove!), so I was in before I opened it! Jane is a dogwalker in Thornfield Estates in Birmingham, when she and Eddie Rochester start a whirlwind romance which takes all the moneyed, genteel women in the neighborhood by surprise. But, there are more than a few surprises in this house… such as the secret Jane is hiding, and Eddie’s evasive answers to what happened to his wife Bea… I loved the way Hawkins wove in elements of “Jane Eyre” which keeping it fresh, unique and of-the-moment. I dug it!

The Year of Living Danishly by Helen Russell was just SO in my wheelhouse, since I devour practically anything to do with hygge or cozy living, and this didn’t disappoint! Russell and her husband transfer to Denmark for his job for a year, and Russell unpacks an aspect of Danish living each month for the readers, including taxes, holiday traditions, attitudes on sex, child rearing, you name it. I found this memoir so interesting and fascinating and warm and witty – definitely my cuppa tea (and when should I start packing my bags to move there?!).

The Heiress by Molly Greeley is the second Austen-inspired novel from Greeley, and this time, she takes on the mysterious Anne De Bourgh. Anne is but a small player in “Pride and Prejudice” – merely a sickly girl intended for her cousin Darcy – but here, she is instead imagined as a laudanum-dosed wallflower who in a flash of clarity, decides to reinvent herself in London, ditching her overbearing mother and her opium in a quest to find her own life. Admittedly, I thought I knew who Anne was going to fall for, but I was WAY wrong, but not in a bad way. A clever addition to the Austen-universe, if you’re into that genre!

(I also read Harry Potter and the Order of the Phoenix in my quest to reread the series!)